Simon Peter said to them, “I am going fishing.” They said to him, “We also will come with you.” So they went out and got into the boat, but that night they caught nothing. When it was already dawn, Jesus was standing on the shore; but the disciples did not realize that it was Jesus. Jesus said to them, “Children, have you caught anything to eat?” They answered him, “No.” So he said to them, “Cast the net over the right side of the boat and you will find something.” So they cast it, and were not able to pull it in because of the number of fish. So the disciple whom Jesus loved said to Peter, “It is the Lord.” When Simon Peter heard that it was the Lord, he tucked in his garment, for he was lightly clad, and jumped into the sea.


For several years I’ve been waging an on again, off again battle with regret. Not just “boy I wish I could’ve…” or “if only I had…” kind of regret, but a deep, depressing, consuming regretfulness. The kind of regret that feels like a sucker punch to the gut. The kind of regret that lingers and clouds your ability to think clearly about the past, appreciate the present, or have hope/vision for the future.  Only recently have been able to experience some victory over these thoughts and feelings. 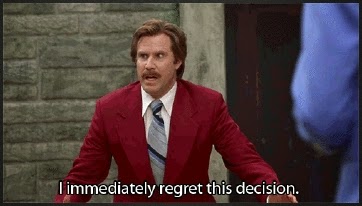 The source of my regret is the decision I made in 1997 to stop practicing my Catholic faith and get involved in non-denominational evangelicalism. That’s not meant as a slight against my Protestant brothers and sisters, but a reflection upon my decision. When people discover that I graduated with a degree in theology from Franciscan University, or that Dr. Scott Hahn was my academic advisor, they’re often confused as to how I could have left the Catholic Church. To tell the truth, sometimes I am too.

I had been a full time youth minister and a high school religion teacher. I was involved in my parish and a faculty advisor to an after school student prayer group. Lisa, my wife—also a Franciscan U grad—was equally active in her faith as we raised our two young daughters. We convinced ourselves of several reasons, that all seemed very well thought out at the time, for leaving the Catholic Church. I had a strong desire to “do the stuff”, to be involved in ministry by preaching and teaching. I wanted to be a pastor, but the priesthood wasn’t an option and I wouldn’t be eligible for permanent deaconate until the age of 35. We were frustrated by parish politics and run-ins with parents and others who really didn’t have an active faith themselves and wanted mostly social events for their youth (dances, parties, games, etc.). We struggled to find other like-minded young couples and families in our parish who were passionate about following Jesus rather than content with going through the motions.

So, we eventually decided to walk away from the Catholic Church and join the Vineyard, a non-denominational association of evangelical churches. They promised us all the things we longed for: faith-filled community, ministry opportunities, etc. We had many joys and made life-long friends, but we also found out that the grass isn’t always greener. Many of the frustrations we had as Catholics popped up in Protestant churches we joined as well. It was enough to get us to start thinking maybe the root of the frustrations wasn’t in the other people, but was something God was trying to work out in us! Shocking, I know.

We returned to Catholicism in 2007, walking away from a church that we founded and of which I was the senior pastor. We longed for the sacraments, especially the Eucharist, the stability, the richness of tradition that we had taken for granted. Since returning to the Church we have been blessed with a great community of friends who are intent on following Christ and the teachings of the Church. They embrace the faith with a dynamic orthodoxy. Both Lisa and I have had opportunities to use our gifts in various ways within our parish through teaching, leading, etc. We both have a deeper, more profound appreciation and love for the Catholic faith than we ever had before. We still ask ourselves how we could ever have left in the first place.

Okay, so here’s where my struggles with regret come in. I have repeatedly beaten myself up for the last seven years over leaving the Catholic Church. I have been haunted by perpetual “What if’s.” I can’t help but look at others that I went to college with or who are doing Catholic ministry and think that could have been me. What if I hadn’t been so impatient? What if I had stayed and continued doing ministry in the Church? What if I had stuck it out and worked on my MA in theology sooner? Then there’s the “I could have’s.” I could have built a lasting parish ministry. I could be in a diocesan-level position by now. I could be on the Catholic speaking circuit.

I know most of that probably seems really vain. Honestly, it comes more from a deep fear that I’ve squandered my talents, taken myself out of the plan God had for me. These regrets aren’t that I’m not some famous Catholic, but that God had a calling for me in the Catholic Church and I ran from it. Like Jonah, I didn’t want to put up with people that rubbed me the wrong way so I caught the first boat to what looked like an easy path in the opposite direction. Did I put what I wanted ahead of what God wanted? Did I miss my chance? I convinced myself, in my regret, that God’s plan for me had expired or passed me by.

That’s where the reading above from John’s Gospel comes into play. Peter had boasted in his bravery and dedication, then he denied Christ three times. After the resurrection he was one of the first to the tomb. He was there in the upper room when Jesus appeared to the apostles. But, in this gospel story he’s gone back to Galilee and back to fishing. I have to wonder if he still struggled with regret; if he thought that he had forfeited any plans that Jesus may have had for him. Along comes the risen Christ. In the exact same way that Peter was first called, Jesus tells the wearied fishermen to cast their nets again and they haul in another miraculous catch. Peter is the first to run (swim) to Jesus. Peter was able to see the meaning in what happened. Jesus was calling Peter again, saying if going back to the start is what is needed then so be it. Then Jesus three times asks if Peter loves him, undoing the three times Peter denied Christ.

Our God doesn’t just forgive. He redeems. That’s the meaning of the Incarnation and the empty tomb. In Christ there’s room for remorse and repentance, but not for regret. There’s no room for regret because our God is able to take our biggest messes and redeem them. He transforms them. It’s unlikely I would have the love and appreciation for Catholicism that I have now without those years away from it. I also have a better understanding of my Protestant brothers and sisters, and all they have to offer the Body of Christ than many of my friends who have remained Catholic all this time. Rather than disqualifying myself from God’s plan, he has redeemed and renewed his calling in ways I couldn’t have imagined before.

When Jesus started his ministry the Gospel of Luke tells us that he read from the Prophet Isaiah:

The Spirit of the Sovereign Lord is on me, because the Lord has anointed me to proclaim good news to the poor. He has sent me to bind up the brokenhearted, to proclaim freedom for the captives and release from darkness for the prisoners, to proclaim the year of the Lord’s favor.

That passage from Isaiah 61 goes on to say:

To comfort all who mourn, and provide for those who grieve in Zion—to bestow on them a crown of beauty instead of ashes, the oil of joy instead of mourning, and a garment of praise instead of a spirit of despair. 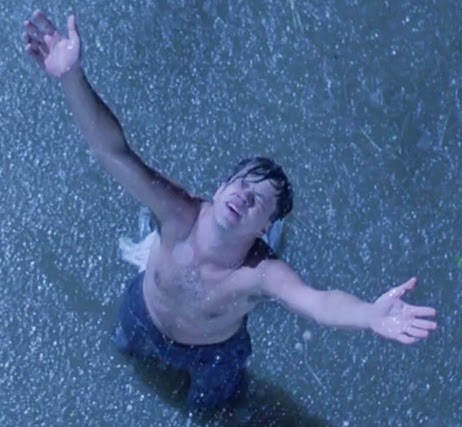 Our God gives beauty for ashes.