The way of the cross began with cheers and acclamations. The crowds yelling “Glory!” and “Hosanna!” also cried out “Crucify!” How fickle people can be, and how quickly friends can turn. 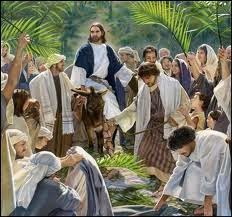 As I ponder the start of Holy Week I’m drawn to consider how often I concern myself with the opinions of others. How have I compromised at times out of fear of man? I’m also struck by how many Christians mare caught up with winning the approval of the world. Think of the compromises so many denominations have made in the area of morals just to keep up with the times. How many so called “Catholics” continuously call for major changes in doctrine?


God has a plan, and that plan does not depend upon the cheers or jeers of others. It’s easy to be a disciple when the crowds are cheering for Jesus, but what do we do when they come with their pitchforks and torches?
Posted by Tom at 11:43 PM No comments:

I’ve always wondered how the reality of this: 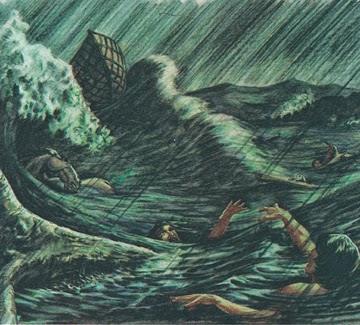 Ended up becoming this: 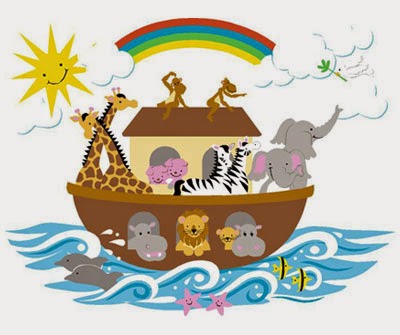 Thanks to Darren Aronofsky’s movie the story of Noah has been getting a good bit of attention lately. Unfortunately, most of that attention has been focused on debating the merits of the movie and how it compares to the details of the biblical text. In fact, bible websites like BibleGateway.com and others have seen 200% - 300% increases in traffic to their sites, and specifically to Genesis 6-8, since the movie premiered.

What does the story of Noah teach us, and what does it mean today?

Sin is a serious thing. When you read the Genesis account, you see that the sinfulness of mankind was such an offense to God that he decides to wipe out creation altogether. Think about the reality of that event compared to the nursery themed cartoon we've made it into. We live in a culture that has lost its sense of sin. In fact, it is a culture that seems to revel in its sinfulness. Even many Christians have become tolerant of “little sins”. To speak about sin seems outdated and in contrast to the gospel of wealth and self-esteem that so many churches and believers have embraced. Think about it, when was the last time you heard a sermon about the seriousness of sin? How long are the lines for confession at your parish? I know I don’t take sin as seriously as I should, do you?

Mankind is broken. Since the fall of our original parents we have been engaged in a battle with sin, the world, and the devil; and we are at a serious disadvantage. This fallen world brings with it sickness, injustice, toil, and vanity. It is a minefield of temptation and we walk through it with a fallen nature that finds it much easier to sin than to live virtuously. We can’t escape this concupiscence, it’s in our DNA. It didn’t take long after the flood for sin to rear its ugly head again. In some respect, perhaps this is something that Aronofsky properly depicts in Noah, the fallen nature of man and our propensity for sin.

God is merciful. More than anything, the story of Noah is the story of God’s mercy. This may seem odd as some look at this story and to them God appears to be a vengeful mass murder. Go back to the Garden. God told Adam and Eve not to eat the fruit or they would die. They disobeyed. At that moment God would have been completely just in striking both of them down and ending humanity. This goes back to my first point, the seriousness of sin. But God makes a way to save us from our sins and ourselves. He could have wiped the earth clean and just started over from scratch, but he chose to save Noah, and us, despite our sinful natures. And Noah was just a foreshadowing of an even greater rescue that God had in store for us.
Posted by Tom at 12:30 PM No comments: