In the story of Jesus and the woman at the well we are given a “how to” lesson on evangelization by Jesus.

Jesus didn’t go out of his way to find the Samaritan woman. By all appearances, he wasn’t really even looking to do much in the way of ministry before she came to draw water. Jesus was simply waiting at the well while the apostles went into town on a lunch break.  They were traveling from Jerusalem (Jn 2) and Judea on their way back to Galilee (Jn 4). The village of Sychar in Samaria, where this story takes place, was about the halfway point of what would have been several days of walking.

So, here is Jesus sitting and resting, minding his own business, when this Samaritan woman comes to the well to draw water. This was an encounter of opportunity, not planning. Jesus engages the woman in what seems to be benign small talk. He is able to take something as simple as drawing water from a well--something this woman has likely done hundreds of times with little thought--and challenges her to think on a different level. Then he connects that deeper reality to a relationship with him. How often do we coast along in our daily life staying on the surface? Do we look at how the things we do can be reinterpreted with deeper, eternal meanings?

I work in an office, a cubicle farm, but when I stop to think about it there is some deep water all around me. The weary and mundane routines of office work beg the question that there must be more to life than this.  The cubicles themselves are miniaturized versions of the fenced off, gated communities so many of us live in. Closed off from each other, they can impart feelings of isolation and at the same time of a loss of the uniqueness of being. Conversations among coworkers invariably lead to sharing about family and the frustrations and fears of life. All of these create little opportunities for meeting others at the well in the middle of their daily routines.

What really got the attention of the Samaritan woman wasn’t necessarily Jesus’ reference to life-giving water, but that “he told me everything I ever did.” He was able to reveal to her something that he could not have known on her own. That was the ah-ha moment when she realized she was speaking to someone who had a connection to God and not just someone who had been sitting in the sun too long. It was Jesus’ ability to pierce through her facade that made her go and bring others to him.

We have access to this same kind of spiritual power through the Holy Spirit. Our God is alive and he is always speaking to us if we have the ears to hear. Have you ever had the experience of talking to someone, or praying for someone, and a thought pops into your head about that person, something that you wouldn’t necessarily know on your own? Maybe you shrugged it off or blamed it on indigestion? Maybe it was the Holy Spirit trying to reveal something to you so that you could reveal it to that individual and give them that moment like the Samaritan woman had? Remember, if you've been baptized and confirmed you've received the same power/presence of the Holy Spirit that worked through Jesus and the apostles. You just need to put it to use--like gasoline in a car, if you don't start the engine & step on the gas pedal all that power just sits there.

I can recall a time when I was in college. I was clocking in at my job in the cafeteria and there was a girl ahead of me. Suddenly this thought popped into my mind, “Tell her that I’m proud of her.” So that’s what I did. I said, “Um, this might sound odd, but I think God wants you to know that he’s proud of you.” She immediately began to cry. She shared that she had just gotten back after being arrested for protesting at an abortion clinic. Her parents had posted bail and really laid into her and told her that they were disappointed in her because she would now have a criminal record. She was struggling with doubt, thinking that she had let her family down, and by extension let God down too. I didn’t know any of that, but I took a chance and followed through on that little prompting in my spirit. I know it happens all the time, but I’m usually too busy or noisy or intimidated to act on it. I also know that if I did act on it more often I would see even greater works of the Holy Spirit in my life touching those around me. 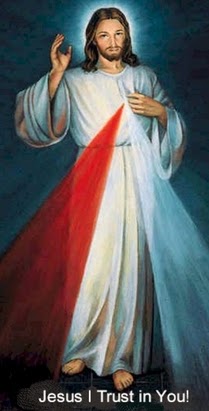 The final point about evangelism learned in this gospel story is the message of mercy. Jesus didn’t dwell on the woman’s sin. He didn’t ignore or excuse it, but he also didn’t beat her up over it. He knows full well that it is God’s kindness and mercy that lead to repentance (Rm 2:4). He extended the message of forgiveness and eternal life first, and then called her to repent. Too often today it seems that too many Christians are more preoccupied with sin than with the love and mercy of God. Our message is “Love Wins”. Love is stronger than death. Only when someone has encountered and realized the love of God for them will they be concerned with repentance or conversion. Our job is to join Jesus in going out, finding the lost sheep and bringing them back. Only when they have been brought back in from the wilderness should we worry about getting them cleaned up.
evangelism reflections scripture