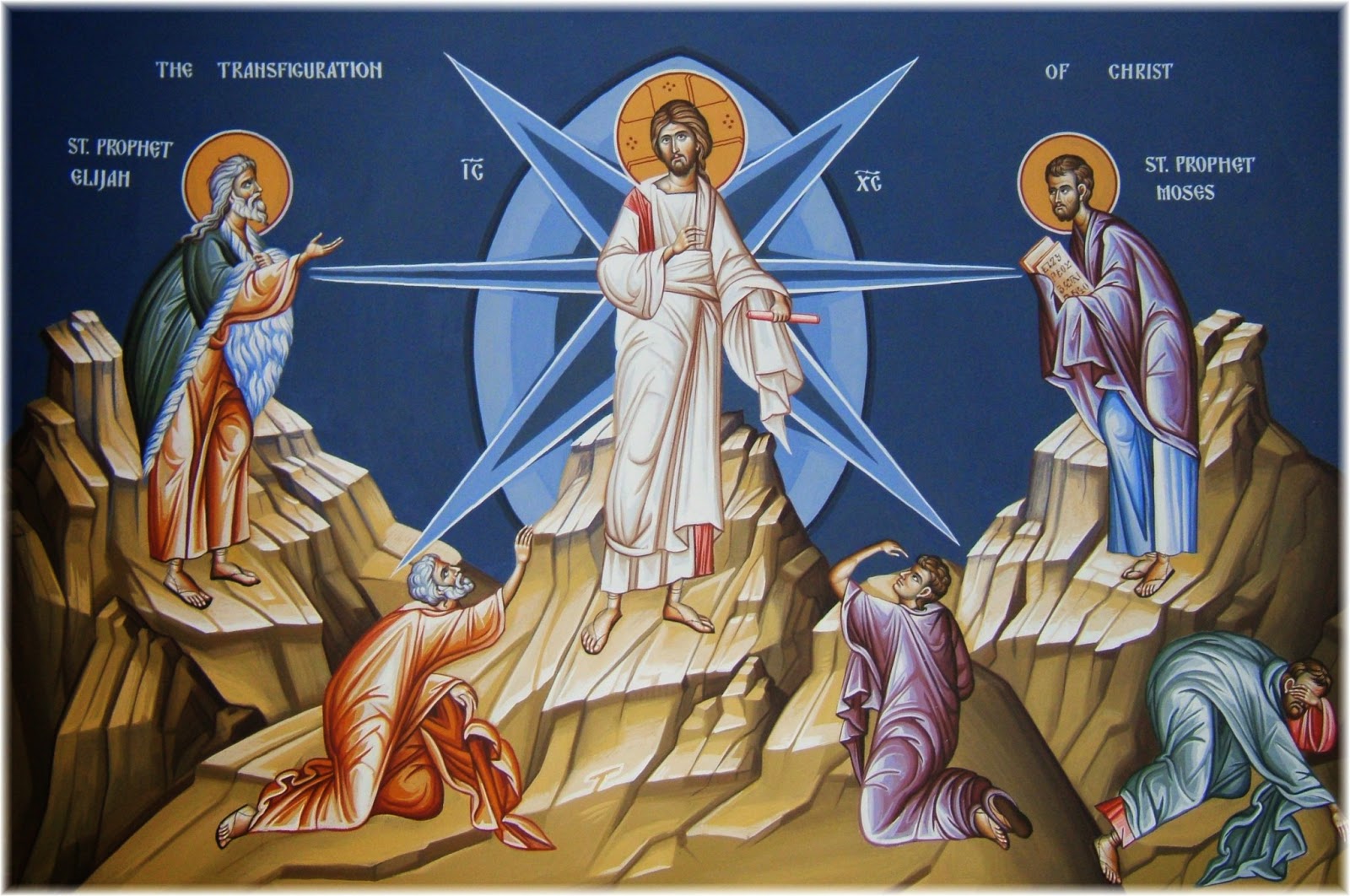 This Sunday we hear the gospel story of the Transfiguration (Matthew 17:1-9). Here are a few random reflections and different meanings that can be taken from this passage.

At our parish’s young adult faith formation gathering we were doing visio divina (meditating on various artistic renderings of the gospel story). After mentioning that Moses and Elijah represented the Law and the Prophets, one of the guys observed that this event was like a passing of the torch from them to the Church represented by Christ and the apostles. In Christ both the Law and the Prophets are fulfilled, particularly in his obedience “unto death” on the cross. Preparing for his final journey to Jerusalem, Jesus meets with Elijah and Moses as if to take on from them the burdens they carried so that he could bring them to the cross and perfect them.

Present with Christ on the mountain were Peter, James and John. These apostles represent the Church in very unique ways. Peter represents the authority of the Church, the magisterium and governance of the Body of Christ. John has always been seen (especially in his gospel) as representative of the mystical element of the Church. He represents the heart, prayer, contemplation. James, the brother of John, was the first apostle to be martyred. He represents those who give witness to the gospel through suffering and shedding their blood. Present in the apostles are representatives of all the members of the Body of Christ and they witness this passing on from the Old Covenant (Law & Prophets) to the New Covenant (Jesus). 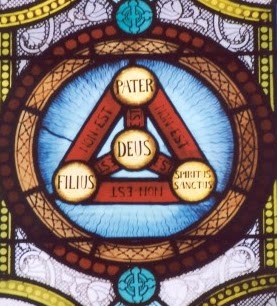 Have you noticed the presence of the Trinity in the story of the transfiguration? The clue is in Matthew 17:5, which says, “While he was still speaking, behold, a bright cloud cast a shadow over them, then from the cloud came a voice that said, “This is my beloved Son, with whom I am well pleased; listen to him.” We obviously have the presence of the Father in the voice, and Jesus is the Son, so where is the Holy Spirit? In the cloud. The phrase “a bright cloud cast a shadow over them” is phrased as “overshadowed” in other translations. In the Greek it is the same word (episkiazo) that is used to describe how Christ was conceived, “The Holy Spirit will come upon you, and the power of the Most High will overshadow you.” (Luke 1:35) The presence of God is often associated with a cloud, and the Catechism even lists this imagery as a symbol of the Holy Spirit (CCC #697). So, here in this passage, just like the story of the baptism of Jesus and the instructions of the Great Commission, we can find biblical evidence for the Trinity. 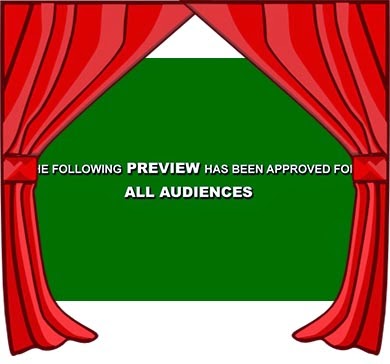 Finally, the transfiguration of Christ foreshadows two other significant transformations and gives a glimpse or foretaste of what is to come for the apostles. Seeing Christ in this glorified form was a prophetic sign of the resurrection. The story of the transfiguration itself is set within the context of Jesus’ passion, death and resurrection. Right before this event (in Matt. 16) Jesus was with the apostles at Caesarea Philippi asking them who the people, and who they thought he was. Simon gives his famous confession and Jesus changes his name to Peter and promises him authority over his Church. Then Jesus gives his first prophecy about his death and resurrection. The transfiguration is the next event to take place in Matthew’s gospel and immediately after it Jesus tells the apostles not to speak of it “until the Son of Man has been raised from the dead.” What Peter, James and John unknowingly witnessed was Christ pulling back the veil and providing a glimpse of his glorified body, radiant as the sun. This vision should have been one of those memory markers for them to understand what was happening during the passion and immediately give them a context for understanding Mary’s testimony on Easter morning.

We should also recognize in the transfiguration the reality of the transubstantiation of bread and wine into the body and blood, soul and divinity of Christ. Jesus’ body was transformed before the eyes of Peter, James and John into some otherworldly form. At every mass, by the power of the same Holy Spirit present at the Incarnation and Transfiguration, simple bread and wine undergo a similar otherworldly change. If only we could see with our physical eyes the spiritual realities taking place and present in the Blessed Sacrament, we would see the same glorified body of Christ shining forth from the tabernacle or monstrance that Peter, James and John saw on that mountain. They came away transformed from that encounter. We too ought to be transformed when we encounter Jesus in the Eucharist.
eucharist lent reflections scripture