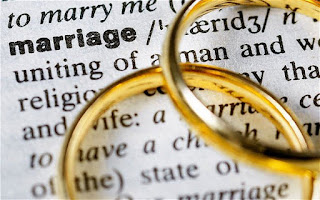 A few random thoughts and reflections about the Supreme Court’s decision on same sex marriage.
I’ve seen various comments by pro-SSM supporters on Facebook and internet articles over the past few days, and I just have to comment on some of them.
I find the phrase “gay pride” ironic. Pride is the root of all sins, it is the oldest sin, it is man rejecting God in favor of himself. Look again at the passage from Isaiah 3:9, “The look on their faces testifies against them; they parade their sin like Sodom; they do not hide it.” It wasn’t merely that Sodom was sinful, the city boasted and reveled in their rebellion. The movement’s message extends beyond seeking acceptance of people with a particular sexual orientation or attraction to the prideful demand to accept homosexual acts and behaviors.

It’s also ironic how the symbol of the gay pride movement is the rainbow. The rainbow is the symbol of the Noahic covenant following the destruction of the world because of its abject corruption and wickedness that was specifically focused upon sexual immorality. In his book Jesus Shock, Peter Kreeft commented on how the devil likes to twist the words and actions of God. He did it in the Garden when he twisted God’s words when tempting Eve. Kreeft points out how the abortion movement’s mantra of “It’s my body” to defend the ultimate selfish action of killing one’s own child stands in stark contrast and opposition to Christ’s gift of his very self in the Eucharist through the words, “This is my body.” I'm not accusing individuals in the LGBT of actively doing the devil's work, but I do acknowledge that our battle isn't with "flesh and blood" but "against the powers of this dark world and against the spiritual forces of evil in the heavenly realms" and there are spiritual realities behind that movement.

Ultimately, the battle for marriage was not lost in 2015, but in 1930. That was the year that the Anglican church allowed for married couples to use artificial birth control. Until that event every Christian denomination held the same teaching that artificial contraception was a grave sin. By allowing for couples to make their own decisions on the use of contraception the Anglicans opened the Pandora ’s Box of subjective sexual morality. Most Protestant denominations quickly followed in changing their teachings and many Catholics followed in practice even if the Church maintained its teaching. Mary Eberstadt, in her great book Adam and Eve After the Pill points this out:

“By giving benediction in 1930 to its married heterosexual members purposely seeking sterile sex, the Anglican Church lost, bit by bit, any authority to tell her other members—married or unmarried, homosexual or heterosexual—not to do the same. To put the point another way, once heterosexuals start claiming the right to act as homosexuals, it would not be long before homosexuals start claiming the rights of heterosexuals...Thus in a bizarre but real sense, did Lambeth’s attempt to show compassion to married heterosexuals inadvertently give rise to the modern gay-rights movement—and consequently, to the issues that have divided their church ever since.”