That's Not How It Works

By Tom Ponchak Tom Ponchak November 28, 2017
I received a flyer in the mail from a local non-denominational church advertising their services for the holiday season. These mass mailings aren’t all that unique, many churches, Protestant and Catholic, send them out around Christmas and Easter as a way of reaching out to people who may be looking for a place to worship. But this flyer was a little different than others that I’ve seen and it got me thinking.

Here’s part of the text from the flyer (I changed the name of the church):

Go ahead. Sleep in on Sunday.


Whether you like the idea of sleeping in, want to free up some extra weekend time for that family gathering at the in-laws, or are just heading out of town on the weekends. Whatever the reason, find some extra peace from the holiday hustle with us on Thursdays at our Early Weekend Service.

Obviously this particular faith community is trying to make themselves accessible and non-threatening—they have “easy exits” after all. They’re trying to be sensitive to the fact that many people are incredibly busy between Thanksgiving and Christmas. Still, I can’t help but wonder about the message they’re sending, which is basically you can have Jesus on your terms alone. 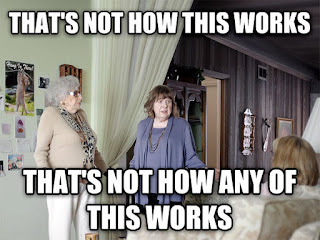 The Catholic Church celebrated the solemnity of Christ the King on Sunday. It’s a day to remember that Jesus is the King of Kings and Lord of Lords. A day to recall that he has invited me to enter into his Kingdom, the realm where his will is done “on earth as it is in heaven”. It is a time to reflect on the reality that I am a servant of the King and I serve Him on His terms, not mine. When Jesus called the disciples it was not at their convenience, but at the cost of their lives. They dropped their nets, walked away from their livelihoods and followed.

We are living in a time of great upheaval, confusion, and uncertainty. More and more people are abandoning faith in God than ever before. Scandals and scandalous behaviors dominate the headlines. I don’t think that good coffee and a hipster Jesus who won’t ask too much of us are the answers to these problems, and neither did St. John Paul II who said, “The Church needs saints. All are called to holiness, and holy people alone can renew humanity.”

To quote John Paul II’s friend, Ronald Reagan, we need to raise “a banner of no pale pastels, but bold colors which make it unmistakably clear where we stand on all of the issues troubling the people.” The problem with trying so much to look like the world to attract the world is that you don’t stand out enough for the world to see you. We do not have the luxury of accepting Jesus on our terms. We are called to holiness, love, and sacrifice.

As I pondered how this church flyer was trying to make it easier on people I was struck by the contrast to my Catholic faith which throws in a holy day of obligation, December 8th for the Immaculate Conception of Mary, right in the middle of this busy time of the year. The Advent season itself is a challenge to be different from the world. It is supposed to be like a little Lent, a time of penance and self-examination. A time to slow down and ponder in our hearts the mystery of the Incarnation and to look forward with expectation to Christ’s return. My God does not ask a lot of me, He asks for all of me. To be a disciple is to leave my nets—my desires, my plans, my will—and follow after Him.
advent being church discipleship Follwing Jesus John Paul II